Make a general donation to the 2021 Walk to End Alzheimer's - Pinellas County, FL

Paul is fundraising to honor 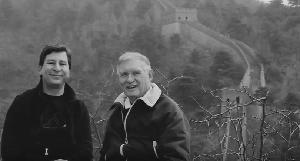 My father, Paul Adam Zulkoski, would have been 90 years old this year.  He was taken from his family 5 years ago, a victim to Alzheimer's Disease.  His slow-moving mental deterioration was tragic to witness and left a lasting image in my mind... one that I hope will never be something my own children will have to experience.

I would like to invite you to support my team, which I've named Team PAZ in honor of my father.  The team's goal is to raise at least $2,500 for the Alzheimer's Association.

I am seeking contributions and walkers to join me.  The team will be walking in beautiful downtown St Petersburg, and the details can be found on this page.

Thank you for your support, and I hope you'll join me for the walk!