Make a general donation to the 2021 Walk to End Alzheimer's - Sacramento, CA

Jacob is fundraising to honor 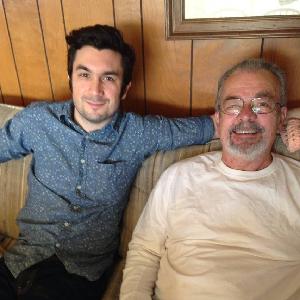 Me and my dad

My grandpa Bill was diagnosed with Alzheimer's in 2003. He passed away a couple years later at the age of 85, and though it was hard on my family, he lived a long and happy life.

In 2012, however, my father was diagnosed with early-onset Alzheimer's at the age of just 61. He didn't just lose the ability to take care of himself. A lifelong storyteller and salesman, he quickly lost the ability to speak. In one of his last lucid moments, I remember him turning to me and saying, without any context, "I hope you don't get it." He passed away in June of 2016.

Countless families have stories like mine. Currently, more than 5 million Americans have Alzheimer's and that number is expected to grow to as many as 16 million by 2050. Our future is at risk unless we can find a way to change the course of this disease.