Make a general donation to the 2021 Walk to End Alzheimer's - Tucson and Green Valley/Sahuarita, AZ

JoAnn is fundraising to honor 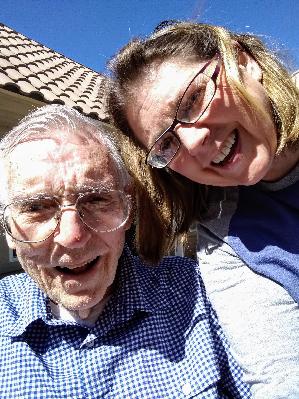 I was at my dad’s side when he was diagnosed with Alzehimer's and the neurologist said ‘Its permanent and progressive’. I was holding his hand as he took his last breath..and throughout the 5 years in between. He accepted his diagnosis and openly talked about it. As the disease progressed his frustration with not being able to remember, compose thoughts, or verbalize what was in his head grew. He repeatedly hit his head with his hand trying to get all the ‘jumbles’ to logically piece together. He became dependent on others to help him with basic daily tasks. I watched as my mom’s health deteriorated as she tried to care for him as the disease progressed. Her spouse of 69 years was no longer the same man. It took an emotional and physical toll on her. This disease affects so many more people than just the person who has it. Mom passed before dad – unfortunately not uncommon for caregivers. Dad passed just 4 weeks later. A cure for Alzheimer’s needs to be found. I look forward to the day, when stories such as this will be no longer. Thank you for helping!