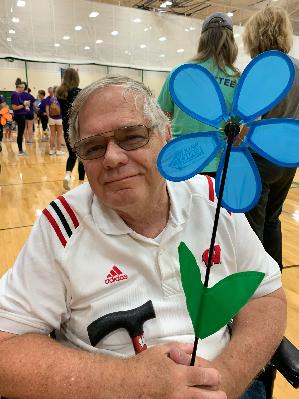 Phil Sass is known for his love of the Wisconsin Badgers, his mean grilling skills, founding Wisconsin Spice, and being the "Uncle Phil" behind Uncle Phil's mustard. Although Alzheimer's disease has forced him to pass on his grilling tools, he still loves the Badgers and will always be "Uncle Phil."

Alzheimer’s doesn’t just change the person living with the disease, but everyone who loves and cares for that person as well. So we're joining together once again -- the Sass family and the Wisconsin Spice family -- to participate in the Walk To End Alzheimer’s on Saturday, September 26. Though the walk will look different this year, with participants walking on their own, we would like to invite all of you to join us in the event -- whether walking on September 26th, making a donation to the event, or maybe both! Whatever your involvement, THANK YOU.