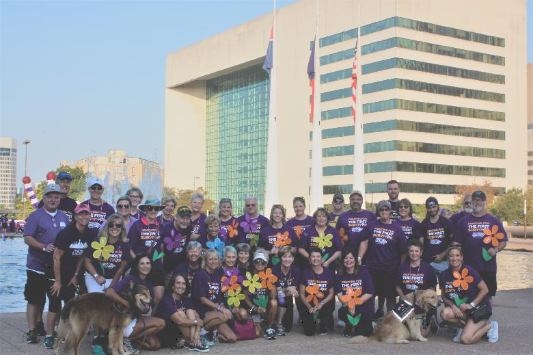 Jandy's Clan - named "Jandy" for the partnership between Jan and Randy is our team which represents family and friends who come together to honor those who are battling with or caring for loved ones living with Alzheimer’s or other related dementias and to remember those who have lost their lives to this horrific disease.  On Jan 16, Jandy’s Clan lost one of its honorees, Dr. Donald J. Coney, to Alzheimer’s.  Don, as his friends and family called him, was one of the finest OBGYNs to practice in the DFW area, as well as being a wonderful husband, father, and friend to all. He became one of the founding physicians of Medical City Dallas where he served in every leadership position available to him, including president.  While he fought a valiant struggle with Alzheimer’s for over 4 years, each year he was honored by Jandy’s Clan as we walked for him and others suffering with Alzheimer’s.  This year, Jandy’s Clan dedicates our 2020 Walk to End Alzheimer’s to Dr. Don Coney.