Make a general donation to the 2020 Walk to End Alzheimer's - Spartanburg, SC

Joyce is fundraising to honor 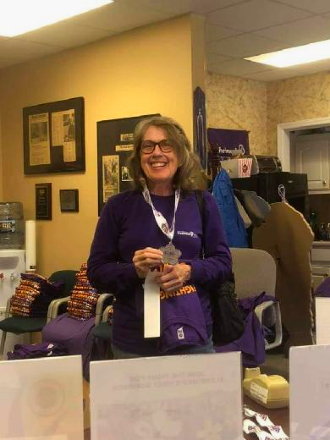 I always said I hoped a cure for Alzheimer's would be found before I retired from the SC Chapter.  Three and a half years later I'm still in the fight.  My family, like millions of others, has experienced the ravages of this dreadful disease.  I'm in the fight with the belief that my children and grandchildren will be spared because the cure will be found before they are at high risk.

Please join me in leading the way to Alzheimer's first survivor by participating in the Alzheimer's Association Walk to End Alzheimer's®. Currently, more than 5 million Americans have Alzheimer's and that number is expected to grow to as many as 16 million by 2050. Our future is at risk unless we can find a way to change the course of this disease.

Love Your Neighbor
Join My Team