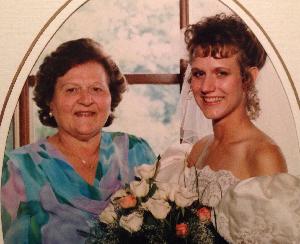 For the fifth year in a row, I am planning to participate in Walk to End Alzheimer's to honor my mother, Bernadette Adack, who passed away in 2011 from dementia.  I watched as this terrible disease slowly stole my mother's memories and ultimately took her life (as it did my maternal grandmother before her). I know far too many people who share a similar story.

Together, we can end Alzheimer's disease. Please make a donation to advance the care, support and research efforts of the Alzheimer's Association.   Or, better yet, join my team, "For the Memories", to either walk with me in person (assuming it can still be held this year) or virtually in spirit!

The fight against Alzheimer's can't be "quarantined"!

For the Memories
Join My Team

View: For the Memories
Join My Team