Chris is fundraising to honor 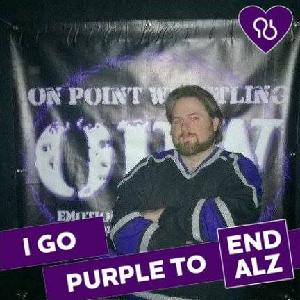 This year marks my 12th consecutive year as a participant in the Alzheimer's Association Memory Walk in Philadelphia. To date, anyone that has walked with me or assisted me in fundraising for this walk has helped to raise well over $12,000 in the battle against Alzheimer's Disease. This is a fight that is extremely personal to me after losing my grandfather, Frank William Ziegler, to the illness. This year will mark 18 years since his death; he was only 72 when his fight ended.

I'm walking not only in his memory, but to help reclaim the future for millions. By participating in the 2019 Alzheimer's Association Walk to End Alzheimer's™, I'm committed to raising awareness & funds for Alzheimer research, care, & support. Currently, more than 5 million Americans have Alzheimer's & that number is expected to grow to as many as 16 million by 2050. Our future is at risk unless we can find a way to change the course of this disease.

I need your support to do my part! Please make a donation to help the Alzheimer's Association advance research into prevention, treatments & a cure for Alzheimer's. For the millions already affected by the disease, the Association offers care, education, support and resources in communities nationwide.

The Brain Trust
Join My Team