Make a general donation to the 2020 Walk to End Alzheimer's - Lawton, OK

Vicki is fundraising to honor 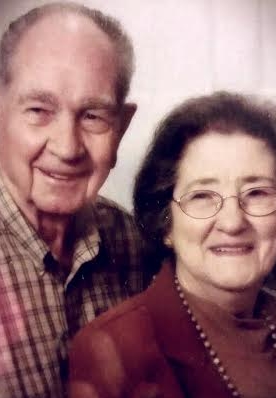 On Easter Sunday, 2013, our mother died from complications of Alzheimers. We had watched her forget pieces of her life daily. We watched our sharp-minded, vibrant mother become someone who forgot how to dress herself, how to use utensils, what she liked to eat, how to make her famous peach cobbler, how to carry on a normal conversation, how to care for herself and basic daily living skills. We watched her personality change. We watched her forget people who were important in her life and people she dearly loved, although she never forgot her husband or children. When we thought it couldn't get any worse, we watched her forget how to walk, how to use the restroom, how to feed herself, how to digest food, how to swallow and eventually, how to breathe. We watched the pain and exhaustion our father went through. We had to do something we swore we never would - admit our mother into a nursing home for both of our parents' sakes. We watched our father make the decision to let his wife of nearly 64 years go. In the end, her four children and her husband stood by her side and watched her die.

Two months before our mother died, our father was diagnosed with Lewey Body Dementia. We stopped letting him drive and made sure family was with him every day and evening. We watched him deteriorate and do very strange things in his delusions. Sometimes dangerous things - like the time his granddaughter showed up at his house at 8 a.m. to find his front door wide open, the car running in the driveway and him in bed asleep, with no memory of starting the car. We realized he couldn't live alone anymore. On May 1, 2013, just one month after our mother died, he moved in with his daughter - something he never wanted to do. Over the next month, we watched in disbelief as his disease progress rapidly. We watched his behavior become more erratic. On Memorial Day, his mind flipped a switch. This kind, gentle man who never said a harsh word to his children became destructive, agressive and combative. His personality became someone we didn't know. He said things and used words we never imagined we'd hear out of his mouth. He was admitted to the hospital and a week later we were told he was in "terminal decline". We took him home and, with the help of hospice, we cared for him for the final days of his life. We saw occasional glimpses of our Dad, but we never got him back. We lost our father on June 19, 2013 - just 2 1/2 months after our mother passed away.

This disease steals everything from the people they attack. Their memories, their personalities, their ability to do everyday basic living tasks, their dignity, their bodies' ability to do the automatic things like breathing that we all take for granted, and eventually their lives. They do not die easy and no one should have to go through what they have to go through. If anyone thinks this is a disease only the elderly have to worry about, talk to the family of my cousin who was diagnosed at the age of 50 and passed away at only 60 years old.

I walk for my parents, for my siblings who now have a higher risk of developing some form of dementia, for my uncle, aunts and cousin the disease took from us. I walk for everyone who suffers from any form of dementia and for those who love them. I walk in the hopes that, someday, no other family will have to go through what my family and countless other families have had to go through.