Daniel is fundraising to honor 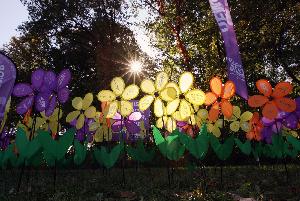 The different colored flowers represents those lost to the disease, those fighting it right now, caregivers, and general supporters of the Alzheimer's cause. White flowers will one day represent Alzheimer's survivors.