Make a general donation to the 2020 Walk to End Alzheimer's - Columbus, OH

Jason is fundraising to honor 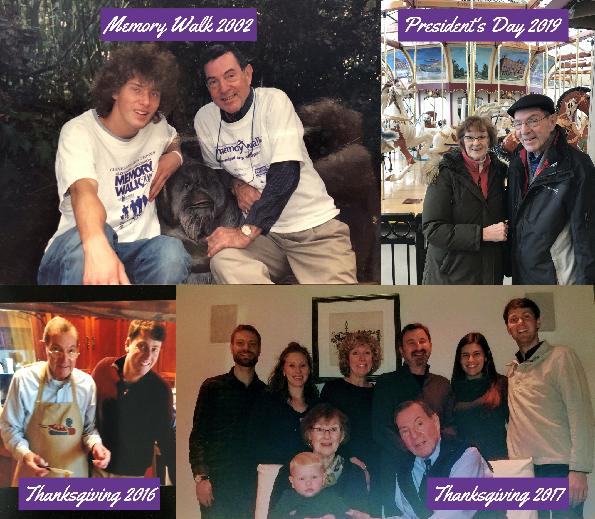 I have a vision of a world without Alzheimer's Disease. I am involved with the Walk to End Alzheimer's and this vision because of my Grandpa, Wayne.

He is a one of a kind man- the kind of independent, hands-on, hardworking, generous person that is becoming more scarce by the day. He was a builder- he built his own home, he built his own business, and he built our family. Every family event was under his roof- birthdays, Thanksgivings, 4th of July. I look up to my Grandpa for all of these things, but especially for his involvement with the Alzheimer's Association.

In the 1990's, his father (my Great Grandfather) suffered from Dementia. Being the kind of guy he is, Wayne stepped up and got involved with the Alzheimer's Association in Cleveland. He utilized his business to donate used stereo equipment to senior living facilities, and served as a board member. The heartbreaking part is that even though he stepped up when something needed to be done, here we are 30 years later and there hasn't been enough progress to prevent him from developing Alzheimer's himself.

I Walk for Wayne because I know that when I look back on my own life in 30 years, if this disease still exists, I wouldn't be able to forgive myself for not taking action. This disease isn't going away unless we rally together to understand and defeat it. We've been fighting and fighting, but we haven't had that breakthrough. With so much promise in research and care, I know we can create this world together, the world where we don't have to worry about friends and relatives developing the disease.

Please join my team, spread the word, donate to the Walk, and help create the world without Alzheimer's Disease in honor of Wayne.

Walkers for Wayne
Join My Team