Make a general donation to the 2020 Walk to End Alzheimer's - Fayetteville, NC 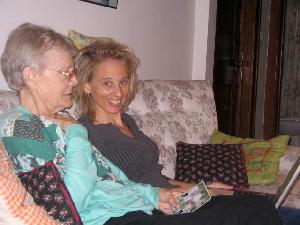 Several years ago, before I met Pat, I knew nothing about Alzheimer's and the affect it has on people.  Now, I know all too well.  I have been involved with the Fayetteville Walk to End Alzheimer's since 2011 and since that time, I have heard countless stories from people who have been touched by this disease.  Each story is as unique as the person telling it, except for one thing.  Evey person describes some sort of feeling of helplessness.  I heard that same tone in my husbands voice when he told me that his dad had passed away from Alzheimer's complications.  Later that year, Pat asked me to help him start the first Fayetteville Walk to End Alzheimer's.  We were not sure what we were getting into, but we knew one thing...we no longer wanted to feel helpless to this disease.  That is why we work tirelessly to bring awareness and funds to this cause.