Make a general donation to the 2020 Walk to End Alzheimer's - Twin Cities, MN

Cheryl is fundraising to honor 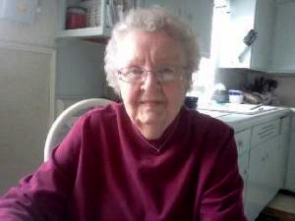 She was a very strong lady that never complained and hid her memory loss for a long time.

She raised 6 children and had 10 grandchildren.

She was a very active person until this disease robbed her of her independence and memory and eventually her personality and health.

She had a great sense of humor and loved to play cards, watch the Badgers, chat and drink coffee with family and friends and spend time with her grandchildren. She was also proud of being a blood donor for many years and saved ALL of her hearts.

She is missed deeply and thought of every day!

Currently, more than 5.7 million Americans have Alzheimer's and that number is expected to grow to as many as 16 million by 2050. Our future is at risk unless we can find a way to change the course of this disease.