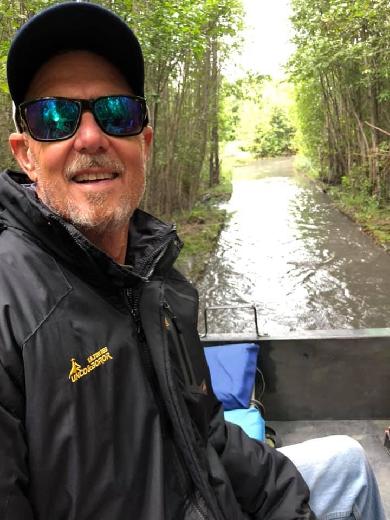 My Dad, Cary Swanson, has been diagnosed with early onset Alzheimer's Disease and Primary Progressive Aphasia.

It started in Jan/Feb 2017, when Cary started to notice he was having trouble pronouncing certain words, or finding the right word. It was only every once in a while. In March they started noticing it, and by May they knew something was wrong when it became more frequent and his speech slowed dramatically. His doctor diagnosed him with Primary Progressive Aphasia (PPA). But we didn't know what was causing it.

In June 2017 they spent a week with the best neurologists in the country at the Mayo Clinic, and they confirmed PPA (logopenic sub-type), and suspected Alzheimer's Disease. On August 1 they confirmed that his spinal tap test results showed AD. We appreciate your support and prayers!