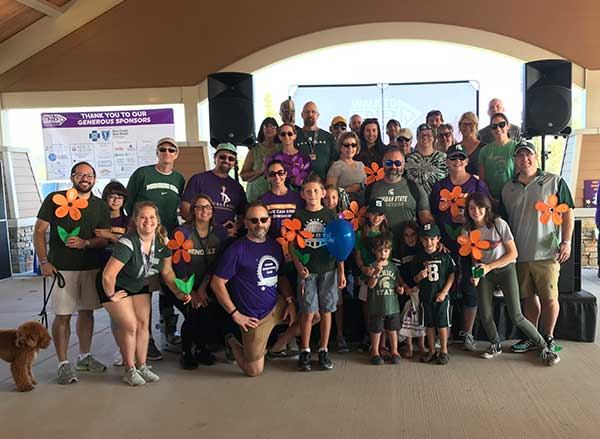 "SpartansAgainstAlzheimer's" was started by Alzheimer's disease (AD) scientists at Michigan State University in the Department of Translational Neuroscience (TransNeuro).  The Alzheimer's Association helps to fund our research on AD, and we want to return the favor by helping to raise money and awareness to combat this devastating disease. TransNeuro’s research teams study many neurodegenerative diseases that cause dementia including Alzheimer’s disease, FTD-Pick's disease, Parkinson’s disease, and Traumatic Brain Injury.

Currently, more than 5 million Americans have Alzheimer's and that number is expected to grow to as many as 16 million by 2050. Last year, the cost of Alzheimer's topped $275B (the most expensive disease in the US) and an estimated 16M caregivers provided 18B hours of unpaid care!  Together, we can end Alzheimer's disease as a major health epidemic. Please join our team and/or make a donation to advance the research and support efforts of the Alzheimer's Association.

Who will join the fight against Alzheimer's? Spartans Will.

For more information about the Department of Translational Neuroscience and our research teams, please visit our website!
View More