Make a general donation to the 2020 Walk to End Alzheimer's - Petoskey, MI

Patrick is fundraising to honor 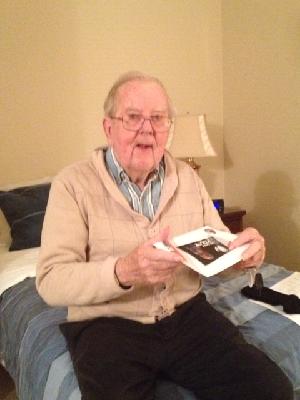 I'm leading the way to Alzheimer's first survivor by participating in the Alzheimer's Association Walk to End Alzheimer's® on August 29 here at Bayfront Park in Petoskey, Michigan. Currently, more than 5 million Americans have Alzheimer's and that number is expected to grow to as many as 14 million by 2050. Our future is at risk unless we can find a way to change the course of this disease.

Attached is one of the final pictures of my dad, Frederick John Gibbons Jr.   My dad was a World War II veteran and a 25 year employee of Ford Motor Company.  My dad also suffered from Alzheimer's for approximately 4 years.   This photo was taken after I moved him from Redford, Michigan to Cranford, New Jersey.  During his last days, he lived at the Atria Assisted Living Center and passed away only weeks after being moved to the memory care unit of the NJ Veterans Memorial Home in Edison, New Jersey in 2013.