Make a general donation to the 2020 Walk to End Alzheimer's - Baltimore, MD

Ellen is fundraising to honor 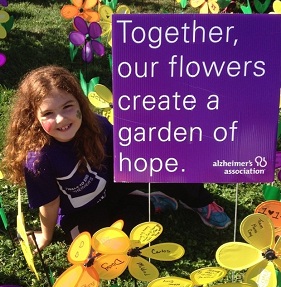 Five years ago I joined the Alzheimer's Association and have devoted my life to finding a cure for this terrible disease. At that time, I had many friends who were serving as caregivers for their parents and since then, so many more have joined their ranks.  I also started to see signs developing in my own father, although he passed away before the disease advanced, thereby saving him from the worse of the symptoms.

My job takes me out and about in the community on a frequent basis and there is not a single time when someone doesn't come up to me to talk about his or her personal story.  Recently I spoke to a young man, aged 32 who lost his mother in 2003.  He was only 16 years old. His brother was 14 and his sister, 12.  His mother earned her master's from the Wharton School of Business and was a champion swimmer.  She was also a beloved wife, mother, daughter, sister and friend to so many.  She was 55 years old. I am Walking in her memory and in honor of Jeff and Kim and Steve and Shellette and Mary and Bill and Julie and her dad and so many, many other people whose lives have touched mine so deeply.

I want so much to hear the words, "my Mom had Alzheimer's but it was cured before she forgot my name and those of her beloved family members."  Please help us get there by supporting the Alzheimer's Association Walk to End Alzheimer's®.   Help us raise awareness and funds for Alzheimer’s research, care and support.

Thank you for joining the movement! The end of Alzheimer's disease starts with you.  Please consider a donation to my efforts or even better, please join me in one of our six walks here in Greater Maryland!