Lana is fundraising to honor 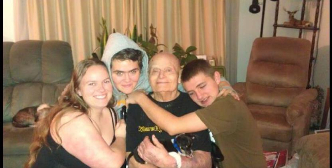 In 2013 I lost my dad to Alzheimer's. It was the hardest thing in my life watching this strong man that beat everything slowly fade away. I'm thankful that my dad knew who I was all the way to the end. Though it was hard to watch him fade I would do it all over again. Several people knew my dad as Dick Artley, but they also knew him cause of the animals he owned. My dad use to own a zoo, yes I'm talking about lions, bears (his favorite was Tabby) and a tiger (also is favorite Samcat) and many other animals. People  would say they could hear them roar miles away.

Together, we can end Alzheimer's disease. Please make a donation to advance the care, support and research efforts of the Alzheimer's Association. If you can't donate please consider joining me in the walk to end Alzheimer's,Thank you for joining the fight against Alzheimer's!