Dani is fundraising to honor 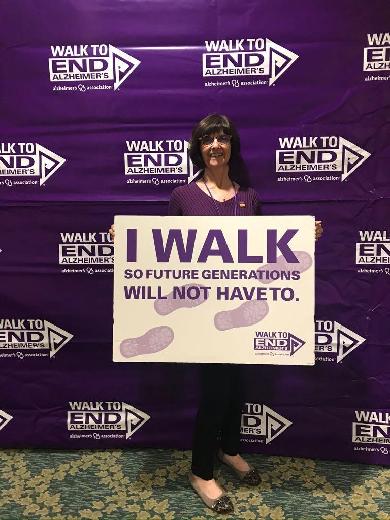 I walk, advocate, do whatever I can to #ENDALZ because I want a world without Alzheimer's and other dementia for future generations!

I'm walking because I want an end to Alzheimer's!  Too many people have this disease! By participating in the Alzheimer's Association Walk to End Alzheimer's®, I'm committed to raising awareness and funds for Alzheimer’s research, care and support.

My Mother lived the last year and a half of her life in a dementia unit.  My Dad's brother and sister died of Alzheimer's, as did another aunt and uncle.  Friends' parents had the disease.  Friend's spouses have the disease. I do not want it and I do not want you to have it either.

I truly need your support to do my part! Please make a donation to help the Alzheimer's Association advance research into methods of treatment, prevention and, ultimately, a cure for Alzheimer's.  For the millions already affected by the disease, the Association offers care, education, support and resources in communities nationwide.