Make a general donation to the 2020 Walk to End Alzheimer's - Ames, IA

Howard is fundraising to honor 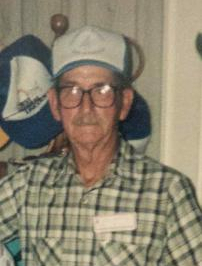 My Dad did a lot of storytelling in his day.  Dad ran one of the gas stations in town, and was always dealing with the customers, inviting them back to the office for a cup of coffee.  He always had a joke to share or a story to tell.

Then Dad stopped telling stories. Then he stopped talking, or recognizing us when we visited.  And I would have given almost anything to hear one of those stories again.

"You lose them before you lose them"; that's what I've said about Alzheimer's.  It's a slow dying, where we see less and less of our loved ones, eagerly, sometimes desperately, looking for that glimmer of connection, of recognition.

I'm participating in the Alzheimer's Association Walk to End Alzheimer's® so someday no one will have to "lose them before you lose them". Currently, more than 5 million Americans have Alzheimer's and that number is expected to grow to as many as 14 million by 2050. Our future is at risk unless we can find a way to change the course of this disease.