Make a general donation to the 2020 Walk to End Alzheimer's - Savannah, GA

CANDACE is fundraising to honor 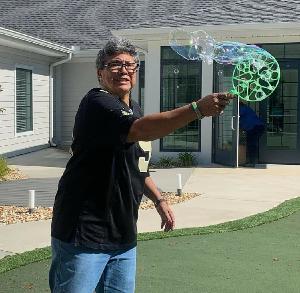 Many of you know Josie as the party starting, Saints loving Lady who would do anything for you. Josie never met a stranger. In 2017 she started a journey that no one could prepare  A journey that millions of Americans face each year. She was diagnosed with Alzheimer's. I would never in a million years expect this to happen to her. My mission is to join in the fight. And raise awareness. I'm leading the way to Alzheimer's first survivor by participating in the Alzheimer's Association Walk to End Alzheimer's®. Currently, more than 5 million Americans have Alzheimer's and that number is expected to grow to as many as 14 million by 2050. Our future is at risk unless we can find a way to change the course of this disease.

Thank you for joining the fight against Alzheimer's! TEAM JOSIE!!!!