Make a general donation to the 2020 Walk to End Alzheimer's - Jacksonville, FL

Peg is fundraising to honor 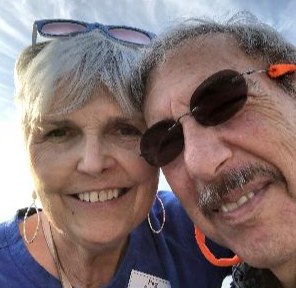 I love someone with Alzheimer's

Alzheimer's became very personal to me when my husband's aunts and uncles started being diagnosed with it. Out of 11 children, 5 were diagnosed and died as the result of Alzheimer's. That statistic is sad enough, but even more so is that my husband of 44 years has Alzheimer's.  After several years of questioning my observations, he was diagnosed in 2014. He is 68 years old and an accomplished and beautiful soul. Alzheimer's can't take that away from him.

When his care became too much for me, after using paid and unpaid caregivers and adult day dementia care, I decided to place him in a memory care facility.  It will always be a pain that hurts me to the core. I miss him every day.

My story is not unique. This has become a disease with staggering statistics. I'm grateful for all of the Alzheimer's warriors who work so diligently to get the word out. We must raise awareness and funding for the research and care needed to end this!

By 2050, the number of people age 65 and older with Alzheimer’s disease is projected to reach 13.8 million.

Please give generously so that your family isn't affected like so many are.