Make a general donation to the 2020 Walk to End Alzheimer's - Reston, VA

Laurie is fundraising to honor 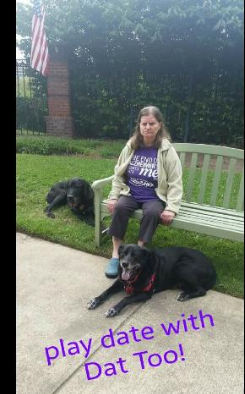 My maternal Grandma had Alzheimer's disease. My Mom and Dad moved her in with them so they could take care of her. When her needs increased, they moved her into a nursing home. The effects of Alzheimer's is what killed her one spring. In September of that same year we had to move mom into a nursing home. About a year prior she had been diagnosed with Pick's disease or Frontal Temporal Dementia. Basically the front part of her brain is slowly dying. At this time, Mom has lost her cognitive functioning and speech. She has frequent seizures, despite being on medicine and almost always has a UTI. Recently she has become less stable on her feet, and due to several bad falls, she needs to be in a wheelchair or someone holding her up at all times. She has pressure wounds on her elbows and wears heel protectors when she is laying down, which is most of the day. Mom doesn't have any of her teeth anymore and because of this she is on a soft food diet. She got aspiration pneumonia and now needs to have her fluids thickened so she doesn't send it down the wrong hatch. Mom has also lost her interest in eating. It is only by the gentle and patient hands of the staff at the home that she is able to get any . Hospice has recently been called in to do palliative care. So I am walking in memory of my Grandma and since this disease is similar, we will be walking to honor Mom in September.