Make a general donation to the 2020 Walk to End Alzheimer's - Chico, CA 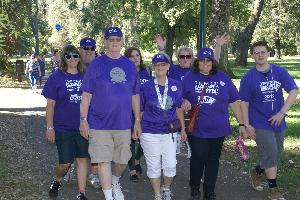 We walk for a cure

In 2012 my husband, Tony Duffy and I entered the world of living with Alzheimer's. We walked in The Walk that year and named our selves the Duffy's Duffers, there were 3 of us. By 2014 we had more than 20 team members and were able to make a good contribution to the cause. In 2015 our team numbered 18 and our awesome Duffy's Duffers finished 4th over all in donation contributions. We were the only non-corporate team in the top 5. Duffy's Duffers ROCK!