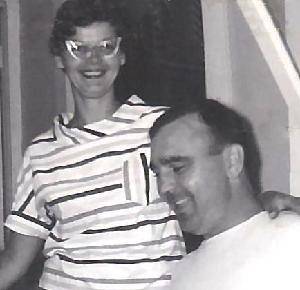 We are walking (and doing a lot of volunteer work!) in honor of Geoff's mother and father, who both have this terrible disease; and in memory of both of Geoff's grandmothers, who both died from Alzheimer's.  Geoff's mother is the disease's final stage, and won't be with us much longer.
His dad went into an Alzheimer's Care facility last year. His memory had been declining slowing for a few years. Then his memory abilities took a big hit when he had to have general anesthesia, after falling and breaking his hip. We're enjoying as much time with him as we can, while he still recognizes familiar faces and can carry on brief conversations.
If everyone pitches in, the research funded by the Alzheimer's Association could possibly find a cure in time to save his life! Please help by donating today.