Make a general donation to the 2020 Walk to End Alzheimer's - San Francisco, CA

Milet Koo is fundraising to honor 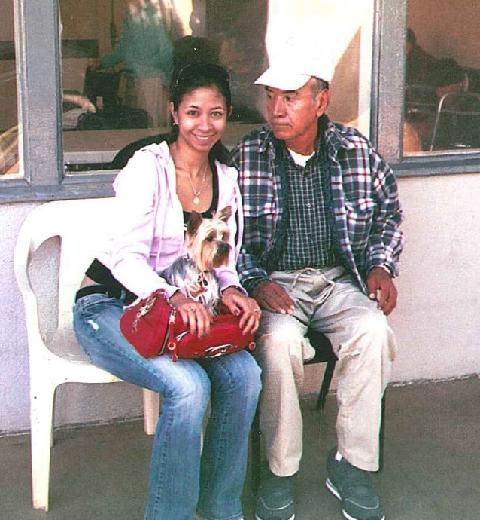 I feel pretty lucky that you've either stumbled on my page or took the time to read my note to you.❤

Appreciate you giving me an opportunity to share my story with you. My story is unlike others. I personally learned of my late father's illness when I wasn't geographically near him. I cried and took all the courage I had, to wipe my tears and move forward with a healing notion that life does go on and we can only take challenges day-by-day. After all, I was just stepping in the prime years of my life. Prior to learning of my father's condition I was excited for what the future had in store. I just entered my sophomore year of Pharmacy school in the Philippines and had a ton of friend gatherings, events along with extracurricular hobbies that kept my days pretty full.

I was probably 21 years and didn't know how to emotionally cope when I spoke to my mother and family about the severity of my father's condition. It felt surreal and I wanted it all to just be one terrible nightmare the next day. Over the years, I had to return home to support my parents as we navigated some unknowns. I'm grateful we received support from local healthcare teams in California and state-provided support that ended up being our biggest advocate to get my father long-term care as his dementia progressed for the worst. And since I lost my father to his battle with dementia for 8 years - I think in an ever-evolving world filled with rapid technology and scientific breakthroughs at every turn, I often find myself asking the simple question “how could I have done better by those afflicted by Alzheimer's and other forms of dementia?”

Today, more than yesterday, I think about my late father and the how the disease slowly stripped the light in his eyes and I share his pain. I think about the impressive work my diagnostics colleagues do at Genentech, where I work for Alzheimer's every day and I share their faith in the future. I’m here to show the duality of how being motivated by both pain and faith so that others wont have to.

Thank you so much for helping me!