Michelle is fundraising to honor 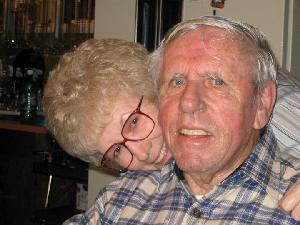 I walk so we can have a get well card for Alzheimer’s.

I was in the greeting card aisle, looking for a card to send a friend who had been diagnosed with cancer, something to let her know that I was thinking of her. I discovered that there are get well cards specifically for people with cancer. It made me think: wouldn’t it be great to have a get well card for Alzheimer’s?!

Alzheimer’s disease is the only one of the top 10 leading causes of death in the United States without a way to prevent, cure or even slow its progression. For the over 5.8 million Americans with Alzheimer’s or other forms of dementia, there is no get well card available. Instead, there are far too many sympathy cards sent to families who have lost their loved ones to this devastating disease.

I’ve worked for the Alzheimer’s Association since 2011. Frequently people ask me what brought me to work for the Alzheimer’s Association. I helped care for my father who had dementia related to Parkinson’s. Like over half of the families affected by Alzheimer's or another dementia, we were never given a diagnosis. It was a hard journey and sometimes things were harder than they needed to be. Part of my passion for this work is to make sure that as families go through this difficult situation, it is only as hard as it absolutely needs to be.

I'll be honest - if our organization only provided care and support services, I probably wouldn't still be working here. It is fulfilling, inspiring and challenging work. It is because we also fund research and engage in advocacy that I believe in this organization. We aren't just throwing people a life preserver, we are also trying to keep people from falling out of the boat.

The Alzheimer's Association is the largest, private nonprofit funder of Alzheimer's research. We are also the group who has successfully educated our members of Congress on the need for increased research funding to seek a way to prevent, treat or cure this devastating group of diseases. I have participated in our state and federal advocacy efforts and have seen the difference we've been able to make in a few years. When I started in 2011, the federal government was spending $450M per year on Alzheimer's research. Through the hard work of our staff and volunteer advocates, that number is now $2.3B per year!

I need your support to do my part! Please make a donation to help the Alzheimer's Association advance research into prevention, treatments and a cure for Alzheimer's. For the millions already affected by the disease, the Association offers care, education, support and resources in communities nationwide. We are able to offer so many free services because of the generous donations of many individuals who take the time to make a donation, along with numerous corporations and foundations.