Make a general donation to the 2020 Walk to End Alzheimer's - Santa Clarita, CA 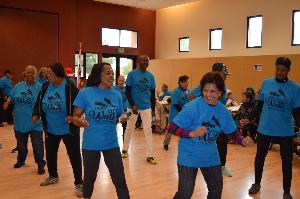 Join or support our Legacy Commons for Active Seniors team for the Alzheimer's Association Walk to End Alzheimer's®, the world’s largest event to raise awareness and funds for Alzheimer’s care, support and research.

This year, the Alzheimer’s Association Walk to End Alzheimer’s® is everywhere — from downtowns to smalltowns and every sidewalk in between. Because the world may look a little different right now, but one thing hasn’tchanged: our commitment to the fight against Alzheimer’s.

For your health and safety, we aren’t having a large in-person gathering this year. Instead, we invite you to walk insmall teams of friends and family while others in your community do the same.Because we are all still walking and raising funds for one goal: A world without Alzheimer’s and all other dementia.