Joel Boisvert is fundraising for Alzheimer's Research , CARE AND SUPPORT 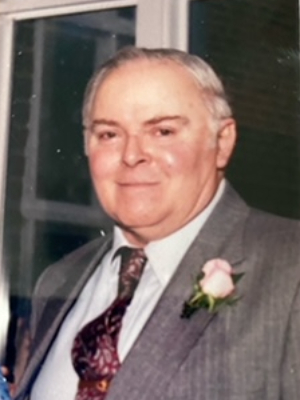 My participation in the Ride to End ALZ is in memory and honor of my Dad. He was born in Boston, Mass. in 1925.  His parents were from the Concord, New Hampshire area.  The family eventually moved to Wethersfield, Connecticut, a historic colony dating back to the 1630s.  He was an only child, and longed for siblings.  Determined not to let history repeat itself, my Mom and Dad raised 5 children.

My Dad began his career as a carpenter.  He participated in many building projects in southern New England ranging from Military housing, bridge building and home renovations.  In the early 1960s, life as a carpenter was feast or famine.  To adequately support a family of seven, it was time to make a career change.  My Father was hired by Pratt & Whitney Aircraft in East Hartford, Conn.  He started in the carpenter's shop and was promoted to the purchasing department.  When Dad retired, He and my Mom enjoyed many wonderful summers at their cottage in Naples, Maine.  My Dad was diagnosed with Alzheimer's disease at age 75.  He passed away in July 2001 at age 76.

By participating in A Ride to Remember, I'm committing to ride 252 miles and to raise funds to advance the care, support and research efforts of the Alzheimer’s Association®.

Currently, more than 5 million Americans have Alzheimer's disease and that number is expected to grow to as many as 16 million by 2050. Now is the time to come together to change the course of this disease!

Please support my efforts by making a donation. All funds raised benefit the Alzheimer's Association and its work to provide care support for all affected and advance research toward better treatments, prevention, an, ultimately a cure for Alzheimer's disease.

Thank you for joining the fight to #ENDALZ! Your support would be greatly appreciated!