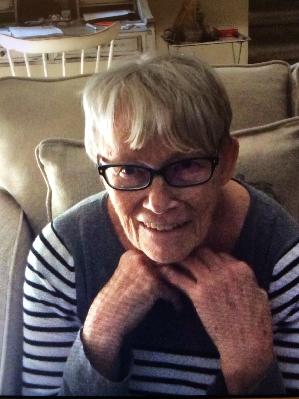 WHY I RIDE TO END ALZHEIMER’S

I’m riding to find a cure to end the terrible disease that destroyed my life.  I am referring to “ALZHEIMER’S” disease.

On October 13, 2016 I lost the love of my life to Alzheimer’s/Dementia.  That day I thought my life was over.  I lost my lovely wife Carol, I lost my home, I had to give up Carol’s two dogs, and I lost my health.  It has been over  six years since that awful day. At that time not a day or night went by that I did not miss Carol, or cry myself to sleep because she was no longer with me.

I first saw Carol in 1969 when I moved to Erie Colorado to start a new job in Boulder.  Carol moved in the apartment next door to me three weeks later.  After first seeing this lovely lady I knew somehow that I was going to marry her.  I finally met her three months later and we were married a year later.  Happiest day of my life.  We had a great life together, two wonderful children, and we did everything together.

In 2008 Carol started showing signs of memory loss and in 2010 Carol and I were told she showed signs of Alzheimer’s.

In 2012 I retired from working to stay home full time with Carol.  The next four years were very hard on Carol.  In 2016 we we forced to sell our home of over twenty-five years and move to an apartment with an elevator because of the Dementia and Alzheimer’s.  Carol was forced to be in a wheelchair a short time later.

Carol passed away while we were living in the apartment.

This is why “RIDE TO END ALZHEIMER’S” is so important to me.  To help bring Alzheimer’s treatment to affected families sooner.  Money raised from this bike ride will help the Alzheimer’s association with innovative drug trials designed to reduce the time it takes to go from lab to pharmacy.  100% of all funds “YOU” help me raise will go toward the Associations’s efforts to discover methods of treatment and prevention.