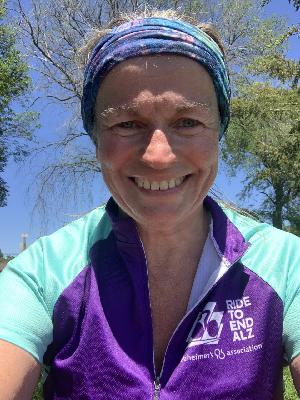 Have you ever imagined your life without a healthy brain? Would you recognize the signs?

Many people live with day to day with no comprehension of what a healthy brain feels and acts like.  I never wanted to imagine it, but I've had to.

I feel fortunate that I have a healthy brain, for now.  However, I've had 4 concussions in my lifetime and the most recent was in early 2020.  I slipped on the ice walking my dog.  That's all it took for an ambulance ride to the hospital and having several ER personnel attending to my care.  Up until then, I'm not sure I had acknowledged the seriousness of the trauma my brain endured. With each concussion, the vulnerability and the possibility for damage increases.

Though I don't have a personal story to tell about dementia or Alzheimer's, I have a close friend who cared for her father in his later years until his death.  It was an emotional challenge.  For me, my personal experience with TBI (traumatic brain injury) was enough.  For several months I had to nurse my brain back to health and I still have residual effects of that slip on the ice and other concussions, two years later.

Try to imagine your life without a healthy brain.

Or ride with me on August 28th, donate to research, or both!

Why We Ride: Alzheimer’s disease is the sixth-leading cause of death in the United States. More than 6 million Americans are living with Alzheimer’s, and over 11 million are acting as their caregivers.

Alzheimer’s touches all of us in one way or another, and it will take all of us to end it. Please join our team or donate today.

Your kindness, generosity, and support are appreciated.