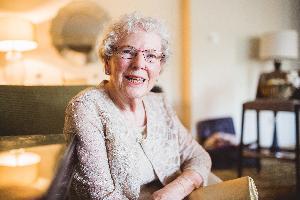 My inspiration to participate in the annual Ride to End ALZ began several years ago with Paul Sullivan (Sully to me), our Sully’s Buddies ride team leader, because of his passion and commitment, driven by love, riding in memory of his father, Mr. Frank Sullivan, lost in 2009. Sully's ultimate goal has been to do our part to help, even in a small way, to end Alzheimer’s altogether.

My inspiration to participate grew in the past few years, as the impacts of this dreaded disease hit even closer to home, with the loss of my Mom in late 2020, and my Uncle Hank, lost in 2019. There are others, family and friends, that have been lost and there are those still suffering; and so many others that I have come to learn about in the course of my fundraising, both those lost and those still suffering, each and every one of them inspire me to participate.

My motivation to raise funds for Alzheimer’s research in the Ride to End ALZ New England is also driven by the commitment of this event to ensure that 90% of all funds raised go directly to Alzheimer’s research; the remarkable treatment advances that continue to be achieved; and finally, the two impressive goals of the cause,

1) Realizing the first survivor of Alzheimer’s disease and

If you are able to support my efforts in this ride with a donation, thank you for that.

To join the "Sully's Buddies" ride team, visit the Sully’s Buddies page and select "Join Our Team". We would love to have you! You can ride virtually in June, on your stationary bike, or locally on your favorite road or trail route or you can ride together with us in June in beautiful New England!

As a remembrance, below is the list that I began last year, of all those that I have come to be aware of during my fundraising efforts, that have been lost to Alzheimer’s or other form of dementia, and those that are still suffering. I want to acknowledge and remember each one of them, as I continue to fundraise to help support the goal of ending Alzheimer’s altogether. This list will continue to be updated, as loved ones continue to share with me.

And those that have been lost: