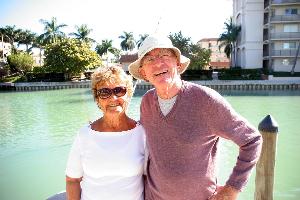 John Arthur Troller was born in Hartford, Wisconsin on April 17th, 1933 to John Benjamin and Bonnie Whereatt Troller. John served two years in the military before he graduated with a PhD in microbiology from UW where he met and fell in love with Betty. He was married to his wife of more than 60 years, Betty (Elizabeth Vogt) who is no longer with us. John had four sons, David (Susan Ferrell), Fritz (Lisa Soltis), Michael (Noël Voskuil) and Peter, as well as ten grandchildren: Katie Bond (Chris Bond), Drew (Heather Spear) and Rob, Maggie Sears (Newton Sears), Claire and Jack, Lukas and John, Sam and Elizabeth. He also leaves behind his sister Marge Hagerman and her amazing offspring. His older brother Bob and his wife Dottie are deceased but leave behind a son and daughter and numerous grandchildren, their son Rob left us far too early. John worked most of his professional career at Proctor & Gamble in Cincinnati as a microbiologist, specializing in food safety. He wrote two scientific treatises as well as publishing numerous articles, and lectured around the globe. , He built an amazing home in the woods of Wyoming, Ohio. He was a prolific woodworker, gourmet cook, avid sailor, collector of microscopes, tennis player, runner, world traveler, sports car enthusiast and Green Bay Packers fan.