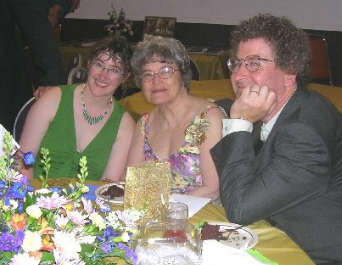 The Longest Day is the day of the year with the most light — the summer solstice. And it's the day I have committed to fight Alzheimer's and other dementias! In honor of my mother, Marilyn Meyer, I have joined the team Writing Against the Darkness to participate in The Longest Day, a fundraising event to advance the care, support and research efforts of the Alzheimer's Association.

I began to lose my mom to Alzheimer's disease when she was diagnosed in 2004. She passed away in 2012, after the disease had taken everything from her but our love. That's why I'm writing from dawn till dusk on The Longest Day® to raise funds for the Alzheimer's Association.