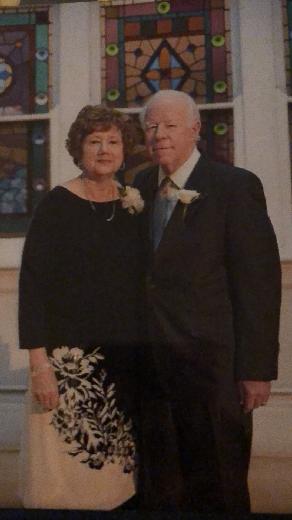 This picture is of my parents from my wedding day in 2014. Less than 2 years later my mom was diagnosed with Alzheimer's. After watching her care for her mother and sister who also had Alzheimer's I knew the next years would be challenging. Less than 3 1/2 years later COVID hit, and it would be 11 long months before I got to hold my mother's hand again. She passed away a month later.

My dad also has dementia. He stopped asking about mom several months ago. They had been married for 54 1/2 years when she died and her memory only lasted for him for a few short months. Most of my visits with him I am met with a curious look. I am often thought of as his sister, not by name, but by the role in his life. It saddens me to update this to say my father recently passed away too.

This year I am back to running with the AlzStars and will be running the Flying Pig Marathon on May 1st. I am also going out of my comfort zone and will be running my first Ultra Marathon, Eagle Up, on June 4th. As I run my goal of 50 miles I will be running in Honor of the 50 million people worldwide living with Alzheimer's or other dementias. In the United States alone, more than 11 million friends and family members are providing their care. We must take action now, or these numbers will continue to rise.