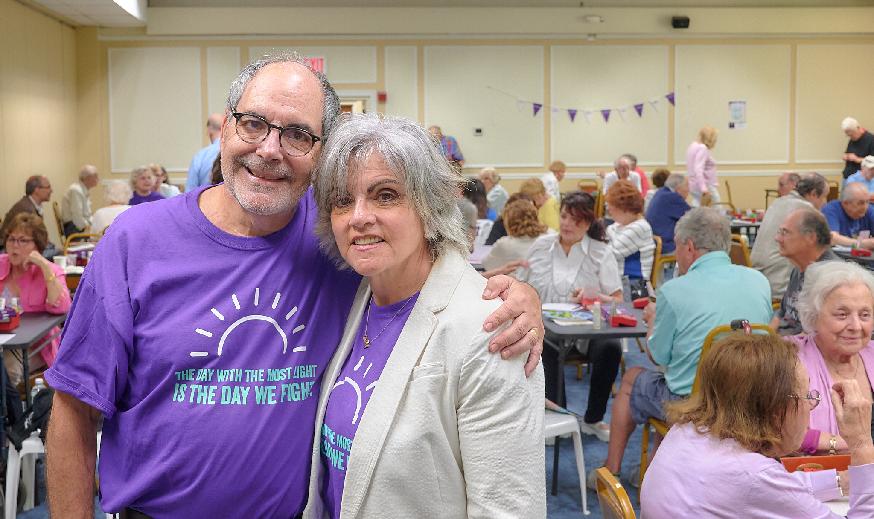 BRIDGExpress, along with hundreds of other bridge clubs across the country, is proud to be a participant in the 2022 national fundraising event known as "The Longest Day," a summer solstice tradition co-sponsored by the Alzheimer's Association and the American Contract Bridge League. On Thursday, June 23, our club will host a day of bridge, food and fun while raising funds to help in the battle against Alzheimer's disease.

Among the estimated 6 million Americans suffering from Alzheimer's or other dementias -- and the millions of caregivers, family members and friends who are directly affected by the disease -- are people you know. Although bridge is often touted as a way to prevent or delay the onset of Alzheimer's Disease, none of us is immune to its devastating impact and none of us is alone in fighting it. The Alzheimer's Association works to provide care, support and treatment, as well as the research necessary to put an end to this devastating disease.

Please join us in our fight against Alzheimer's disease. Stand up to the darkness of Alzheimer’s and make a donation today.

Thank you for your support and generosity!