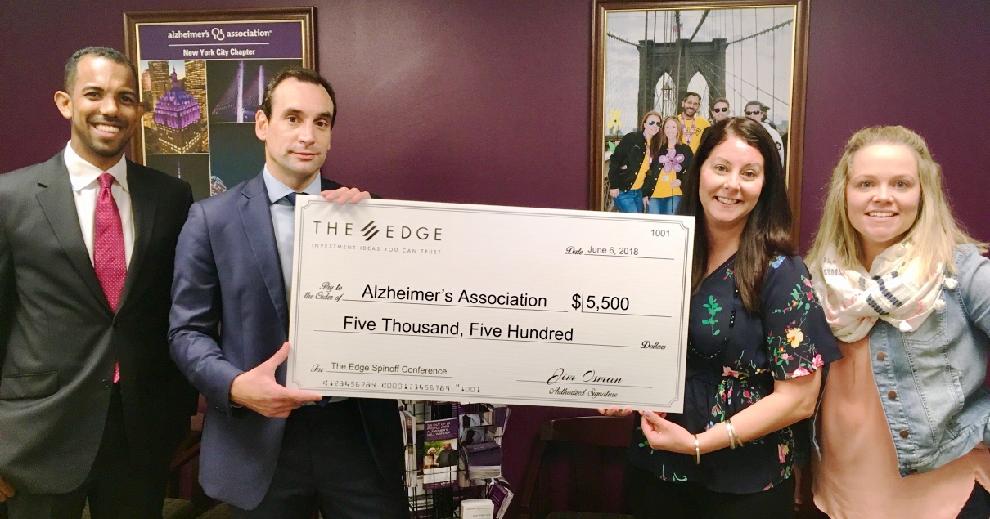 How Relevant Are Spinoffs as Investments?

by The Edge Consulting Group

The Edge® has been in existence for over 10 years. It provides its clients with the ability to access hidden corporate value from Global Special Situations using a pioneering approach to investments. The Edge is a research-based organization and operates on a subscription model. The Edge is based in NJ and London.

The Edge® is authorized and regulated by the United Kingdom's Financial Conduct Authority (FCA).

The conference is not for profit, but we ask you to make a donation to the charity of our choice which is close to our hearts, included in the sign-up: The Alzheimers Association www.alz.org

The Alzheimer's Association is the leading voluntary health organization in Alzheimer's care, support and research. To eliminate Alzheimer's Disease through the advancement of research; to provide and enhance care and support for all those affected; and to reduce risk of dementia through the promotion of brain health.

Alzheimer's is a disease that attacks the brain. It is the most common form of dementia. A general term for memory loss and other cognitive abilities serious enough to interfere with daily life. Alzheimer's disease accounts for 60 to 80 percent of dementia cases.

Thanks to Our Donors!
Carolyn Woodberry
$500
Jim Osman