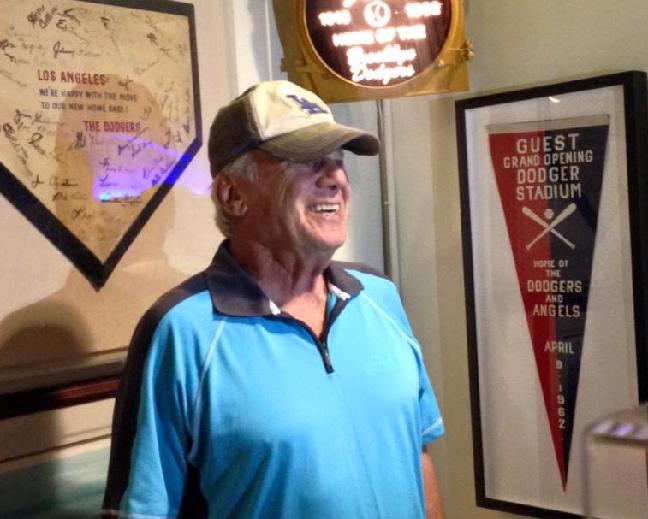 On October 1, 2019, I said goodbye to my dad after a nearly decade long battle with Alzheimer's Disease.

Although he never fully understood it, I'm fairly certain that whatever gene I have that led me to become a later-in-life runner came from him. I have memories of dad running local races when he was in his forties, even if I was very young at the time.

As I get ready to run my first marathon, I have chosen to run it in my dad's honor. As a lifelong Dodgers fan who became affectionately known as Dodger Lew among family, friends and caregivers, it seems fitting that I should run the LA Marathon - which starts at the iconic Dodger Stadium - for dad. For Dodger Lew.

I am honored to join The Judy Fund LA Marathon Team to fundraise for the Alzheimer's Association in my dad's honor and memory. Hopefully together, we can make a difference from others suffering from this terrible disease.

I have a fundraising goal of $1000 that I truly believe that together we can meet before the LA Marathon in March. Please join me in root, root, rooting for the home team and making a donation in honor of Dodger Lew.