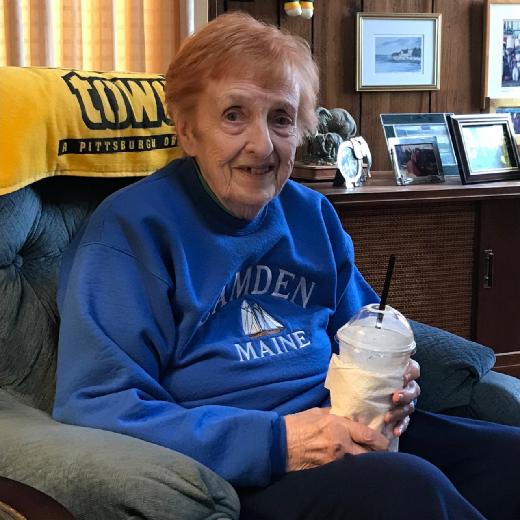 My Mum suffered from Posterior Cortical Atrophy (PCA), or Benson's Syndrome, a very rare form of Alzheimer's Disease. Very little is known about this form of the disease, but, I can tell you first hand it is awful. Mum was originally diagnosed with Lewy Body Dementia. As time went on, her Neurologist realized her symptoms did not truly fall into the Lewy Body diagnosis. Wanting to know more and hoping to be able to do something to get better or slow the progression of what was happening to her, Mum went through numerous tests in order to determine exactly what it was she had. It was after several tests including an EEG, MRI, CAT Scan, PET Scan and finally a Spinal Tap that we received the diagnosis of PCA October 23, 2019.Mum never complained about any of the things she had to endure. All she wanted was to feel well and go back to enjoying the things she loved to do. This disease took all of that away from her; knitting, puzzles, stamp collecting, reading, even enjoying television were all things Mum could no longer do. It was devastating to watch her go through all of this. She had a terrible seizure on Mother's Day and her body just couldn't take anymore after that. She continued to fight until the very end, but, Mum passed away Sunday, June 14, 2020.My wish is the shed more light and awareness on PCA so that no other family has to go through what I went through with my Mum.Today, an estimated 50 million people worldwide are living with Alzheimer's or other dementias, including more than 5 million Americans. In the United States alone, 16 million friends and family members are providing their care. We must take action now, or these numbers will continue to rise.