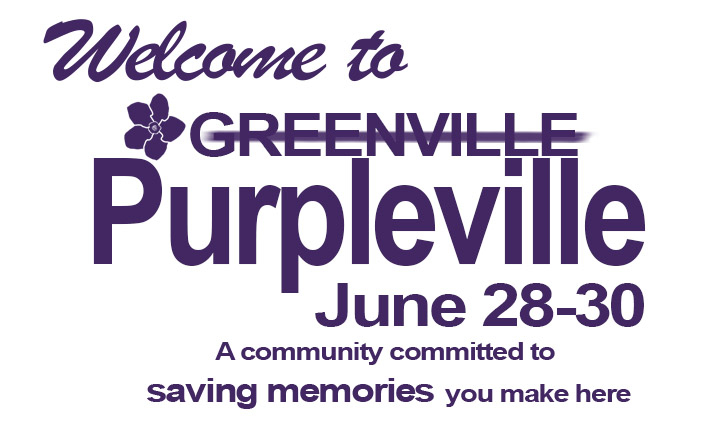 Small towns are known for their gossip but the one thing people aren’t talking about is Alzheimer’s. That changed though, the more that Greenville residents started to realize how many of them have connections to the disease.

As residents started seeing how many of them were affected they banded together to organize Purpleville, a whole weekend of fundraisers that will support The Longest Day, a signature event by Alzheimer’s Association who works to fund care, support, and research toward a mission of a world without Alzheimer’s.

“When I opened my business, my small staff and I started to get to know each other. We quickly realized that every single one of us had an immediate family member affected by Alzheimer’s disease,” said Laurie Muzzy, owner of The Farmhouse Cafe.The Farmhouse Cafe is going to be a hub for information during Purpleville for caregivers and the resources that the Alzheimer’s Association provides.

Many residents had wanted to participate in other fundraisers to benefit Alzheimer's but they were all located far away or had other attributes that made it hard to contribute close to home. The Longest Day provided a great platform because it allows participants to choose their own activity and have it benefit care, support and research from anywhere. As people started choosing their events and a variety of FUN-rasiers started to emerge, Purpleville was born.

Thanks to Our Donors!
Anonymous
$50
Anonymous
Anonymous
$20
Anonymous
$15
Brad and Betsy Jones, in memory of Everett Saunder
$25
Purpleville Maine
$20