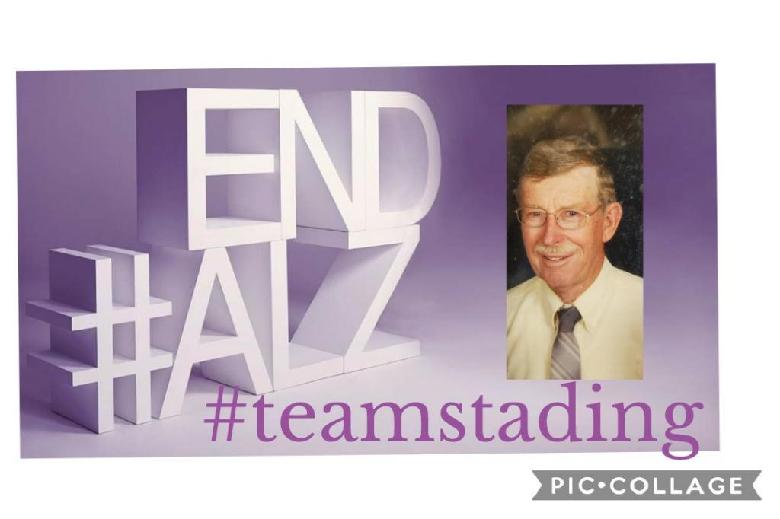 I am honoring the memory of my Dad, Ken Stading. As well as my Aunt Jean Stading living with Dementia. These two influenced my life.

Aunt Jean is a woman who was sociable, beautiful with a smile that would warm your heart. Whether Aunt Jean wore her Jazzercise clothes or her Husker gear, she always looked put together. So classy. Aunt Jean was an avid Husker Fan. Watching a game with her was never dull!! Laughing, screaming at the tv or jumping up and down with excitement after a Husker Win.

Dad, as many of you know, he was my best friend in the barn!! Dad was always by my side with every Horse event throughout my life. Dad would be my wrangler at summer camp that I directed. My gate man at our local horse club play days. My "right hand" during every County Fair. And the Best Rider Groom for his Granddaughter Jessica Duensing!! Dad never his girl's side. Even during soccer or basketball games of Jess.