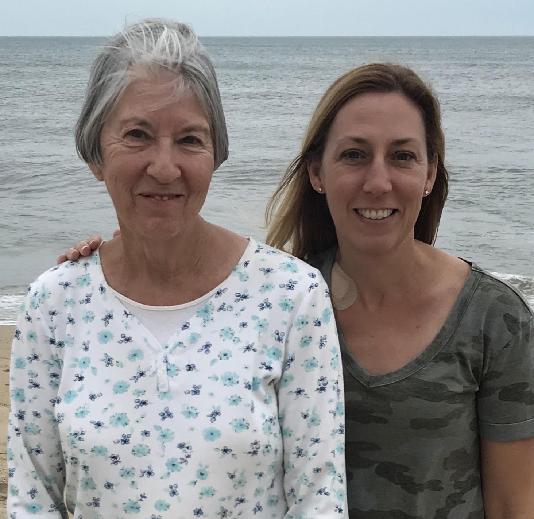 The Longest Day is the day of the year with the most light — the summer solstice. And it's the day I have committed to fight Alzheimer's disease! I’m participating in The Longest Day of Tennis, a fundraising event to advance the care, support and research efforts of the Alzheimer's Association.

My family has been affected by Alzheimer’s. My grandfather, Roy Lane, who I never got to meet, had Alzheimer’s and died at the age of 59. Alzheimer’s disease was not diagnosed at this time, and my grandfather went between an institution and family members who tried to care for him as best as they could. My mom went to visit her father when he was living with his relatives, and he no longer knew who she was.

Now it’s my mom’s turn. She was diagnosed with vascular dementia in her late 60s and has slowly been declining in both memory and ability to do certain tasks. When Mom started having symptoms, she began to move away from things she enjoyed such as playing bridge with her friends and reading. She retired from her job as a real estate closing assistant when she turned 65 because she felt that she was working too slowly and it made her very tired.

My mom has always been my best friend and would always want to hear the latest news about me, Andy and my girls. She’s still here with us and still enjoys seeing the family when we can make it to the Outer Banks. I love to hear her laugh, and I’m happy to know that she’s well taken care of.

I’ll be playing tennis as part of the longest day of tennis this year in honor of my mom. I remember running around the outside of the tennis courts with other kids while Mom played doubles with her friends each week. She took me to tennis lessons when I was 13 and drove my racquet to high school regionals when I forgot to bring it on the bus. Recently I found a photo of her from a mixed doubles tournament - she was still playing (and winning) in her mid-50s.

I hope you can join us for this event as we all come together to honor and raise money for Alzheimer’s. Stand up to the darkness of Alzheimer’s and make a donation today to help the Alzheimer's Association support all those facing the disease.