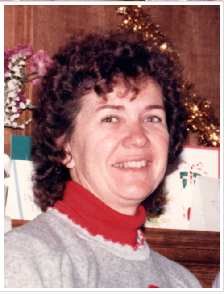 Jean was born on May 28, 1938 in Palmyra, WI. She grew up in the Jefferson County area and graduated from Jefferson High School. After graduating high school, Jean went on to attend the University of Wisconsin Whitewater as part of the Rural Education Program. On June 20, 1959, she was united in marriage to LaVerne Reu at St. John's Lutheran Church in Jefferson and the Lord blessed their union with four children, Tammy, Christine, Phillip, and David. Jean and LaVerne moved around the country during the early years of their marriage while LaVerne served in the United States Navy. They eventually settled back in Wisconsin to raise their family. First and foremost in Jean's life was her dedication to her husband and children. She made sure that everyone always had what they needed and that things at home were well taken care of. Jean was a fabulous baker and cook and she kept her family well fed. She enjoyed gardening and grew a large vegetable garden as well as many flowers. Jean was a woman of strength and energy. She never hesitated to get her work done and she completed the tasks of the day with positivity and kindness. She was a loving and proud wife, mother, grandma and great grandma and was happiest spending time with her family and her close friends. Jean was deeply loved and will be greatly missed by those she leaves behind.