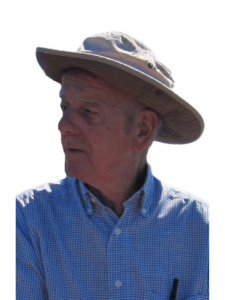 Roland H. Gosselin age 94, passed away quietly in his sleep on Sunday, May 2nd at Midcoast Hospital surrounded by family. He was born in Brunswick April 28, 1927, the son of Raoul and Rose Lambert Gosselin. He attended St. John's Catholic School, graduated from St. Francis Prep in Biddeford, and was attending Saint Anselm College in Manchester, NH before being called into active duty in the U.S. Army on September 25, 1945. He was honorably discharged from the Army on February 9, 1947 and then joined his Father and Uncle in the family furniture business FJ Gosselin and Sons Furniture. He later went on to purchase the business which became R H Gosselin Furniture, Inc.

On July 4, 1951 he married the love of his life, June Marion Pelletier. They were married nearly 70 years. He enjoyed woodworking, fishing, and especially his flower gardens. He is survived by his wife June Gosselin of Brunswick, ME; daughters Bridget Sigler and her husband David of Mena, AR; Christina Daley and her husband William of Stevensville, MD; Suzanne Azzara of Nobleboro; three sons, Daniel and his wife Diana of Brunswick; David and his wife Sandra of Topsham; and Peter of Bath. He is also survived by a sister, Pauline Gosselin Souza of Columbia, MD. He leaves behind 12 grandchildren and 13 great grandchildren.

Roland and his wife June were both in early stages of dementia and lived together at of Avita in Brunswick, Maine. His younger brother and sister were both diagnosed with Alzheimer's as well. We all hope that a cure will be found some day soon.