In Memory of my Second Mom 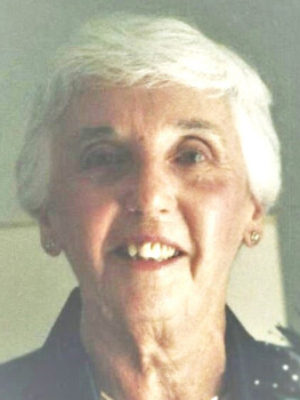 I was blessed to have an amazing mom who was my champion growing up.  I was doubly blessed with a second mom, the mother of my best friend, Don. I spent many hours in her house and caused her some heart arch over the years. I can neither confirm nor deny being involved with lighting her garage on fire when I was five. I can confirm that I broke a few of her windows with errant hockey pucks and trampled her prized rhododendron multiple times while playing basketball in her driveway. She was always there with kind words, a witty sense of humor, and plenty of snacks.

Marie helped guide me through my youth and adolescence. As I reached adulthood, I was eager for her approval when I chose me wife. (Marie welcomed Rebekah with open arms.) My mother passed from cancer shortly after my oldest child was born. Marie was there offering us to visit her beach house every summer so my children could experience the wonders of the ocean and the warmth of grandparent love. (Fortunately, my children were less destructive than I was.)

Sadly, Marie was afflicted with Alzheimer’s later in life. As a former teacher and mother of six she was used to caring for others, not having people care for her. It started innocently with forgetting minor things and telling the same stories over and over. As time went on, it became much more malicious. She couldn’t recognize her own children, and eventually needed to be moved to the Memory Care unit at Mary Immaculate Health Services when her husband and children could no longer care for her. She had visitors every day but couldn’t remember who they were.

Unfortunately, Marie and her family are not alone. Currently, more than 6 million Americans have Alzheimer's disease, and that number is expected to grow to nearly 13 million by 2050.

This song from Liz Longley captures the pain and suffering cause by Alzheimer's for both the patient and their family. You can cut and paste the link to listen: https://www.youtube.com/watch?v=xhtMeuWTb68

Please support my efforts by donating. All funds raised benefit the Alzheimer's Association and its work to enhance care and support programs and advance research toward methods of treatment, prevention and, ultimately, a cure for Alzheimer's disease.

Thank you for joining the fight against Alzheimer’s disease!

My Team: The Shepherds
$1395 RAISED
140% COMPLETED
$1000 GOAL
DONATETO SUPPORT ME
SEND ME ENCOURAGEMENT
Share My Page