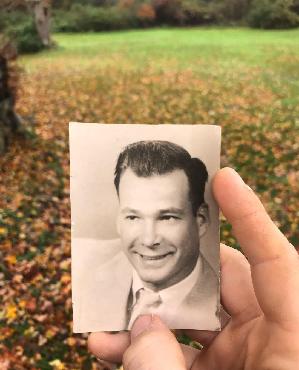 Hey y’all!!!  As you know in this last year i have spent a good bit of it in Massachusetts taking care of some of my family members in different ways.  One of the biggest things was helping take care of my grandfather Carl in his late stages of Alheimers/Dementia.  My grandmother Claire has been the star of this show being by him for the last 8 years or so as things have taken a good hold of him.  He finally passed on this October in relative peace and comfort thanks to the folks at Good Samaritan Health Care in Brockton MA.  After meeting with some folks recently i found out about this little thing In its now 11th year called A Ride To Remember!!  A fundraiser for Alzheimer’s care and research that puts together a bike ride across my great state of South Carolina!!

By participating in A Ride to Remember, I'm taking on the adventure of cycling across South Carolina. I've also committed to raising awareness and funds to advance the care, support and research efforts of the Alzheimer’s Association®.

Currently, more than 5 million Americans have Alzheimer's disease and that number is expected to grow to as many as 16 million by 2050. Now is the time to come together to change the course of this disease!

Please support my efforts by making a donation. All funds raised benefit  the Alzheimer's Association and its work to enhance care and support programs and advance research toward methods of treatment, prevention and, ultimately, a cure for Alzheimer's disease.

Thank you for joining the fight against Alzheimer’s disease! Your support means the world to me and i know with the stupendous and radical community i have around me, we can make a dent in the funds and also, in each other’s lives!!!