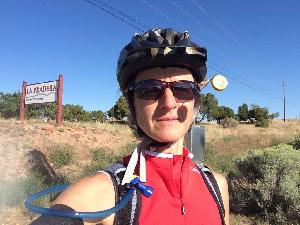 In 2019, my father died at the age of 87.  He had been diagnosed with Alzheimer's for a while and had been slowly declining until a few months before his passing in August.

Does anyone really know what causes Alzheimer's?  I am not sure. I do know my father exercised, did not smoke, ate at fine restaurants, had a loving supportive spouse, and was active in the communities around him. Was there something he could or could not have done to stop his decline?  I do not know.  I do know that there is so much we do not really understand about this disease. Is it about placque in the brain? Diet? Exercise? Mental stimulation? It cuts across all socio-economic boundaries.  he was a BG in the Army and then a CEO of a Trade Association  By US standards, he had made it to the top.  But it did not stop him from loosing his memories. He had Alzheimer's.  He did not die from Alzheimer's. The disease is not a death sentence. Rather it is a marker of an accelerated decline of the mind.  That is why I am participating in the Ride to Remember.  I will remember my father each and every mile of this event.

By participating in A Ride to Remember, I'm taking on the physical challenge and personal adventure of cycling across South Carolina. I've also committed to raising awareness and funds to advance the care, support and research efforts of the Alzheimer’s Association®.The amount I have chosen to raise is $2500.

Currently, more than 5 million Americans have Alzheimer's disease and that number is expected to grow to as many as 16 million by 2050. Please support my efforts by making a donation. All funds raised benefit the Alzheimer's Association and its work to provide care support for all affected and advance research toward better treatments, prevention and, ultimately, a cure for Alzheimer's disease.

Thank you for joining the fight against Alzheimer’s! Your support means the world to me on this memorable journey!