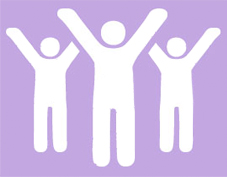 Kevin and I decided to put our love of riding to a cause that is especially close to our hearts, the Ride to End Alzheimer's.  This June we will ride 62 miles along the New Hampshire Seacoast to raise money for Alzheimer's research.  We've both had family members diagnosed with Alzheimer's and dementia.

Kevin's mother Madeline and several Aunts died of AD after long and torturous struggles with the life shattering monster that is AD.

There is strength in numbers, and joining our Ride to End Alz team is an impactful way to make a difference in the fight against Alzheimer's!

Together, we can advance research to treat and prevent Alzheimer's, and provide programs and support to millions of people affected by the disease. My team is committed to raising awareness and funds to find a cure for Alzheimer's. 90% of all the money we raise is going to research, so far the Ride to End Alz has raised over $6.9M!

Help us get one mile closer to a world without Alzheimer's. #endalzheimers