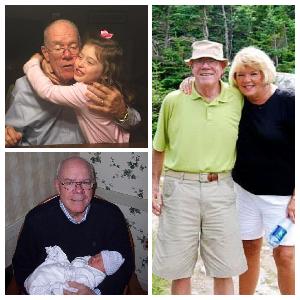 Five years ago, my dad was diagnosed with Alzheimer's disease. I had just completed my first ride in memory of my Aunt Julie, who had lost her long and courageous battle against ALZ the year before.

It's a horrible disease. I've seen my dad slowly become a shadow of his former self. The man who traveled for a living is barely mobile. He had always held court with his entertaining stories and guitar playing, no longer plays and struggles to communicate. His grandchildren have been robbed of his loving personality and wonderful sense of humor and will only know the man he was from our stories.

I realize the  past year has been a difficult time for all of us. If you are able, I ask you to support my efforts by making a donation. With over 5.5 million Americans of all ages diagnosed with Alzheimer's, we have all been affected by this terrible disease. All funds raised benefit the Alzheimer's Association and its work towards treatment, prevention and, ultimately, a cure!

Thank you so very much for supporting my team and joining the fight against Alzheimer’s disease!

My Team: A Ride Down Memory Lane
$2436 RAISED
97% COMPLETED
$2500 GOAL
DONATETO SUPPORT ME
SEND ME ENCOURAGEMENT
Share My Page