Riding for a World Without Alzheimer's 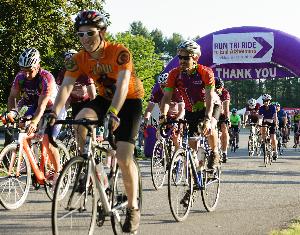 Our family is one of the more than 6 million American families impacted by Alzheimer's and dementia. My father, Stan Wessler, was diagnosed with Alzheimer's several years before his death. My father was a great dad, grandfather and he was an accomplished physician who was a cardiologist - a leader in his field. We know that Alzheimer's is an equal opportunity disease and our fanily rides so that we can put an end to Alzheimer's.

Your support helps us to reclaim the future; that new generations will not know the ravages of Alzheimer's.

We so appreciate your generosity. Thank you!